From the 15th to the 18th century the merchant navy dominated the seas. The voyages were made for commercial purposes, the great explorers set off in search of new lands in the hope of finding all kinds of wealth, gold, spices, slaves, etc…
This was the time of Marco Polo, Christopher Columbus and the East India Company …

It is only at the end of the 18th century that explorers were born in the service of science. Thus, in the footsteps of James Cook, several exploratory missions for scientific purposes began to be set up.
Rather than gold or spices for which they were intended, these missions provided increasingly astronomical observations and detailed maps, as well as new specimens of marine biodiversity observations.

In 1785, King Louis XVI, captivated by James Cook’s English explorations in the South Pacific Ocean, decided to send an expedition with a purely scientific purpose for the first time.
So Jean-François de La Pérouse set off on board two frigates: the Compass and the Astrolabe. The mission of the Astrolabe: to explore the Pacific Ocean to clarify and expand Cook’s work.
During this very first distant expedition, La Pérouse will make many discoveries: cartography of the Polynesian islands, discovery of the Fiji islands, many astronomical and biological observations.
Unfortunately, both ships disappeared in the Solomon Islands in 1788. This shipwreck will be the subject of many researches in order to find the scientific treasures discovered by La Pérouse.

The Astrolabe of Dumont D’Urville

Dumont d’Urville led several scientific expeditions around the world. In 1826 he set off on a journey in the footsteps of La Pérouse, in order to find the traces of her shipwreck. On this occasion, his frigate “La Coquille” was renamed, becoming “L’Astrolabe”, as a tribute to La Pérouse and his first scientific expedition in the Pacific. This voyage brought many scientific treasures in astronomy, biology, ethnology and marine cartography.
Dumont d’Urville also led an expedition aboard the Astrolabe in 1837 to Antarctica. This expedition made it possible to define and refine the maps of Antarctica and the islands of the southern Indian Ocean and to discover the Adélie land.

Today in the Adélie Land, the Dumont d’Urville research base is a permanent home for researchers and technicians, and is one of the main research centres in Antarctica.

Even today, a ship of exploration still bears the name Astrolabe. As a tribute to Dumont d’Urville’s explorations in the southern Indian Ocean and the South Pole, the exploration ship of the French Polar Institute (Institut Paul Émile Victor) is called L’Astrolabe.
It is the vessel that continues to serve the Dumont d’Urville research station, and its missions are carried out in Antarctica and the islands of the southern Indian Ocean. 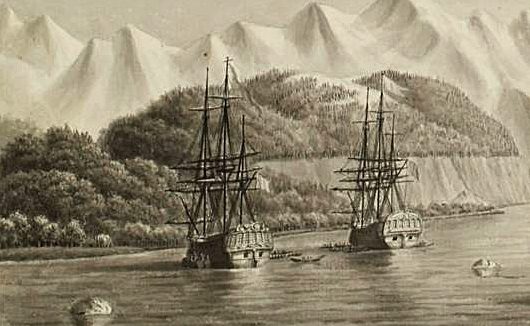 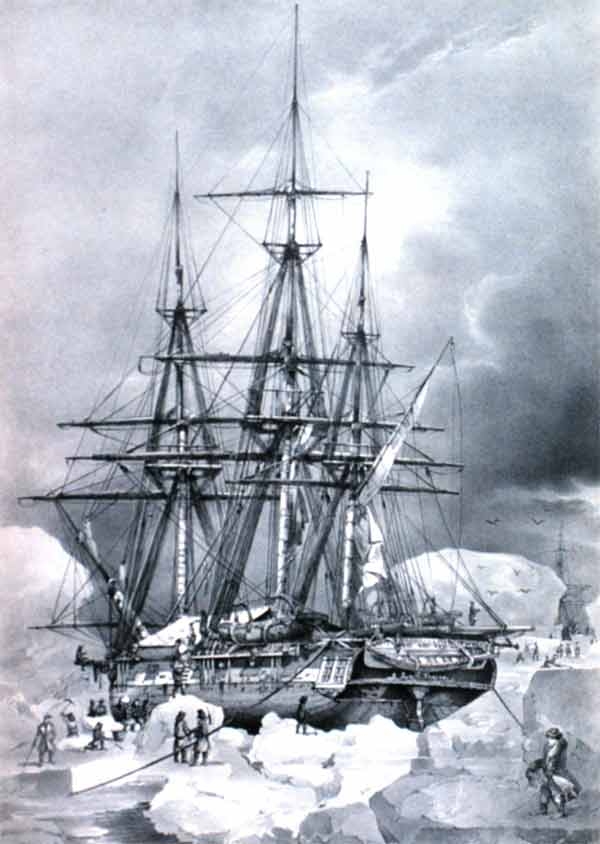 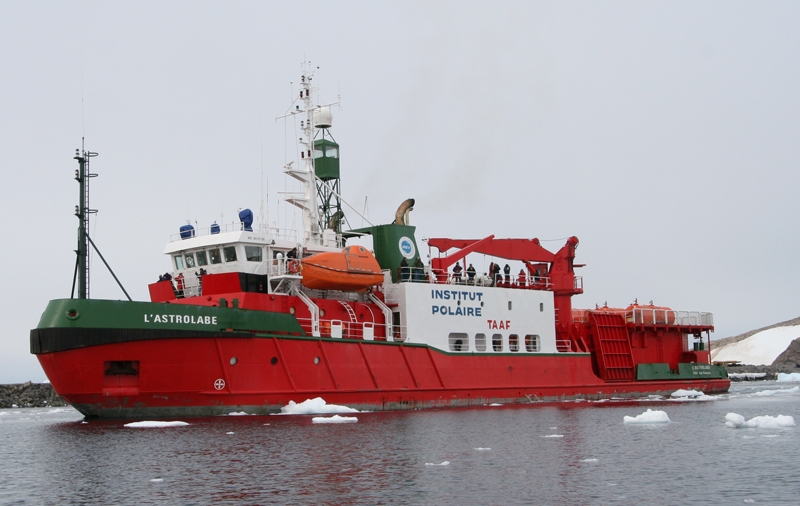 A tool between sky and sea

To determine your position at sea, you need several landmarks. These markers, fixed on the coast, allow you to locate yourself precisely on a map. But in the middle of the ocean, without any visible landmarks, it’s more difficult! So the only permanent landmarks are in the sky. The Sun, the Moon and the stars are all landmarks that have enabled great navigators to cross the oceans and return. This is how a very strong link between the sky and sailors was created, giving rise to the indispensable science of navigation. This science has been supplemented by instruments enabling ever more precise navigation.

Before the invention of GPS, and even today, great navigation was carried out thanks to the stars. The navigator had to measure the height of well-known stars, such as the Sun or certain stars, in relation to the horizon in order to locate himself on the globe.
Thus, instruments for measuring the height of celestial objects quickly developed. The first of these was the nautical astrolabe. It is a giant protractor with a sighting device.  Invented in -150 BC, it was used until the 18th century by sailors. Then it was replaced by the sextant, a more precise measuring instrument.

Its use is simple: with the 2 holes on the mobile rod, one aims at the star to be observed. One then reads on the graduations on the edge of the disc to know the height of the star. It is this height which will allow us to determine the position of the ship. For example, the height of the North Star in relation to the horizon gives the observer’s latitude position directly.

On land, this instrument has become more complex to become a real and improved sky chart. The astrolabe shows the position of several stars, making it possible, among other things, to predict their passage and determine the exact time in relation to the stars. 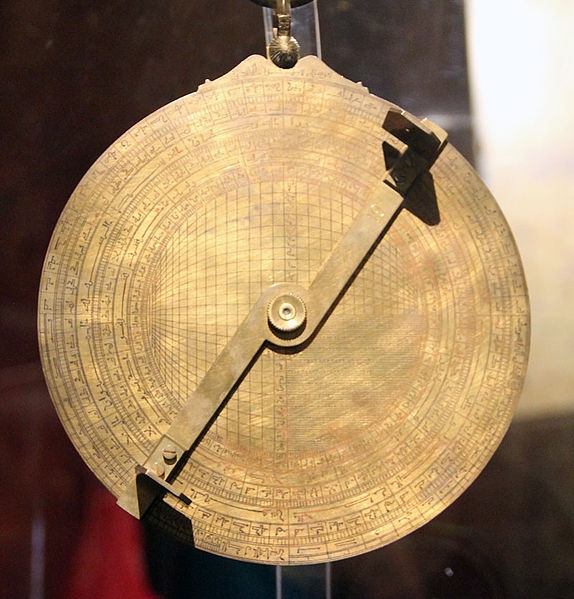 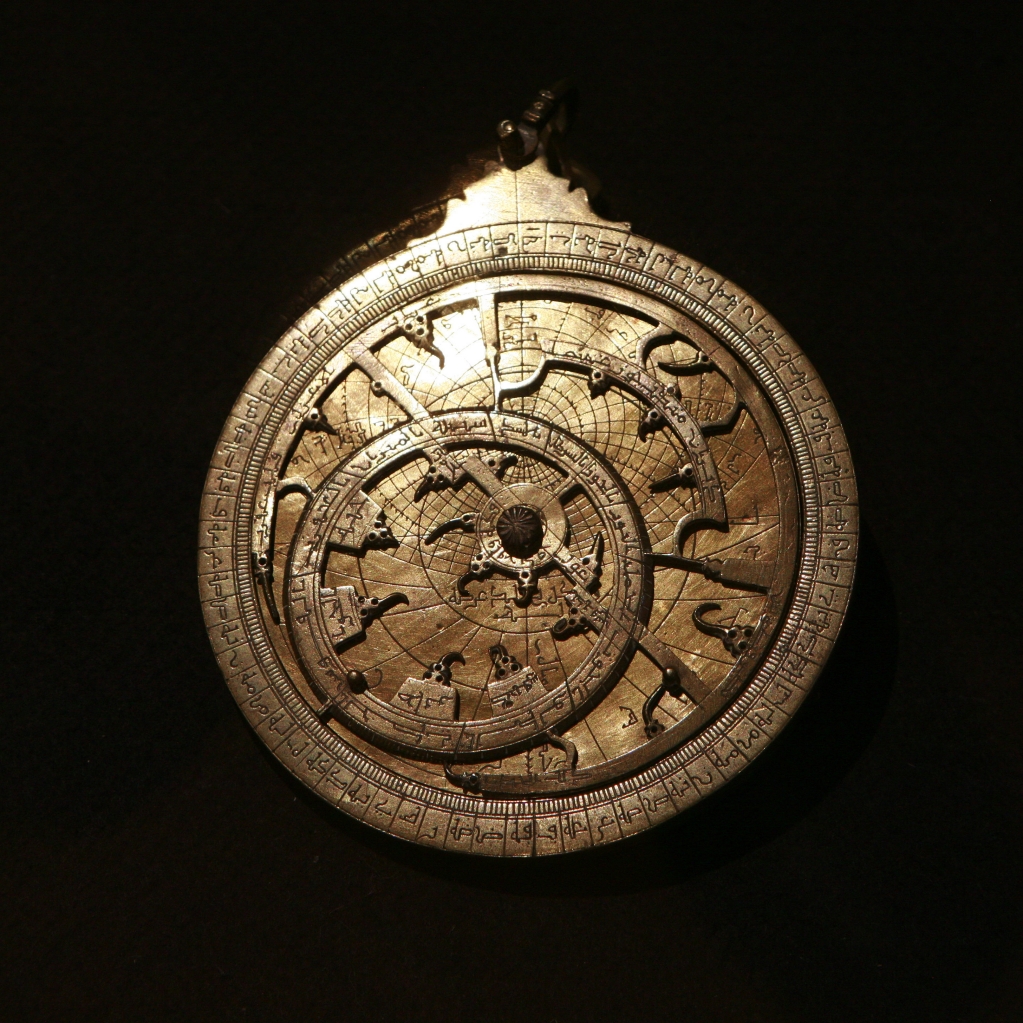